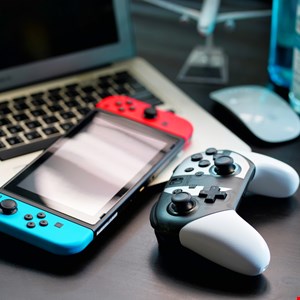 A leader of the hacking group Team-Xecuter has been sentenced to prison for participating in a piracy conspiracy against multiple gaming companies.

Canadian national Gary Bowser, who is also known as GaryOPA, was arrested in the Dominican Republic in September 2020 on suspicion of creating and selling illegal software and devices that enabled users to play pirated copies of authentic gaming titles on hacked consoles.

Consoles against which the devices were effective included the Nintendo Switch, the Nintendo 3DS, the Nintendo Entertainment System Classic Edition, the Sony PlayStation Classic and the Microsoft Xbox.

In his plea agreement, Bowser said he had “knowingly and willfully” participated in the piracy scheme between June 2013 and the moment of his arrest.

On Thursday, the US District Court for the Western District of Washington sentenced Gary Bowser to 40 months in prison.

“This piracy scheme is estimated to have caused more than $65m in losses to video game companies,” said US Attorney Nick Brown, “But the damage goes beyond these businesses, harming video game developers and the small, creative studios whose products and hard work is essentially stolen when games are pirated.”

“Nintendo appreciates the hard work and tireless efforts of federal prosecutors and law enforcement agencies to curb illegal activities on a global scale that cause serious harm to Nintendo and the video game industry,” said games giant Nintendo.

“In particular, Nintendo would like to thank the Federal Bureau of Investigation (FBI), Homeland Security Investigations (HSI) of the Department of Homeland Security, the US Attorney’s Office for the Western District of Washington, the US Department of Justice’s Computer Crime & Intellectual Property Section and the Justice Department’s Office of International Affairs for their significant contribution and assistance.”