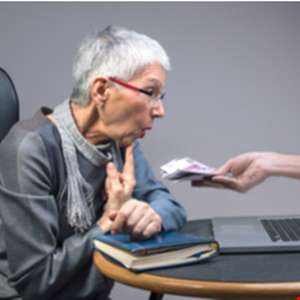 Reported scams surged by 17% in the final quarter of 2021 in the UK, while attempted scams increased by 70% over the same period, according to new data from Barclays.

The findings, based on responses from over 2000 UK residents, came as the bank issued new guidance for the public on how to detect the common psychological tricks used by fraudsters to dupe their victims.

Over half (53%) of the reported cases related to purchase scams, driven by the busy shopping season towards the end of the year. These scams resulted in an average loss of £980 per victim. Dr Pete Brooks, chief behavioural scientist at Barclays, commented: “Scammers create a perceived scarcity and therefore ‘value’ in what they are selling to motivate consumers to act quickly and not rely on their better judgment. This might be advertising something as a ‘one-time offer,’ a limited edition price or availability or rushing us into buying something that ‘has’ to be bought now – even if you’ve never seen the product in real life.”

Investment scams resulted in the highest average losses per victim in Q4 2021, at £15,788. Worryingly, almost a third (32%) of respondents admitted they would be willing to go with an investment or savings provider they’d never heard of if they thought the returns would be higher than their existing provider. Brooks noted: “Scammers are experts at exploiting the fact people want to grow their assets, and that we can sometimes put our better judgment aside for a high return opportunity.”

The bank also highlighted the effectiveness of impersonation scams, with nearly two-thirds (64%) of Brits stating they would be more likely to comply with a request if it came from a high profile institution, such as their bank, the police or even the NHS. Brooks explained: “In these situations, scammers will harness that sense of authority to instill fear in their victims – perhaps suggesting their bank account has been compromised, they are overdue a payment or that they will be fined if they do not pay the full amount – psychologically, many of us will take these at face-value if they’re coming from what we believe to be a reputable institution.”

The study also found that close to a third (31%) of Brits do not know what to do if they were targeted by a scam.

To avoid falling foul of these social engineering techniques, Barclays advised people to question whether something appears too good to be true and not be afraid to be suspicious. Sian McIntyre, head of economic crime at Barclays UK, said: “Fraudsters really are expert social manipulators and prey on human nature to get their desired outcome. Our research has shown almost three-quarters of Brits have seen an increase in suspicious activity in the last three months and of those who were scammed, nearly four in 10 (39%) didn’t report it.

“We know that would-be investors are vulnerable to manipulation from scammers when put under time pressure, promised greater returns on investments, or contacted by what they think is an authority figure. That’s why we want to remind the public to never ignore their concerns. If you are ever unsure, take the time you need to respond in the right way. The more we talk about scams, the better equipped we are to stop them.”

In the latest episode of the IntoSecurity podcast, Lisa Forte, partner at Red Goat Cybersecurity, discussed the techniques used by romance scammers and the suspicious signs online daters should be aware of.