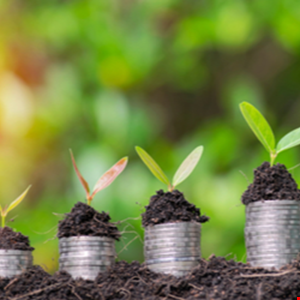 The UK’s cybersecurity industry generated record levels of external investment and revenue in the last financial year, according to official figures.

The DCMS Annual Cyber Sector Report 2022 revealed more than £1bn was raised in external investment over 84 deals during this period. This includes Bristol-based Immersive Labs, which secured £53.5m, and London-headquartered Tessian, which raised more than £52m.

The report also revealed the UK cybersecurity sector generated record levels of revenue in the most recent financial year. More than 1800 cybersecurity firms generated £10.1bn, representing a 14% rise on the previous financial year. These companies contributed around £5.3bn to the UK economy in 2021, compared to £4bn the previous year. This is the largest increase since the report began in 2018.

In addition, there was an encouraging increase in cybersecurity jobs in this period. In total, employment in the sector increased by 13%, with over 6000 new jobs created. This means there are now 52,700 people working in cybersecurity in the UK. However, the UK continues to have a significant cyber skills shortage.

Of the 1838 cybersecurity firms active in the UK in 2021, more than half are based outside of London and the South East, with high growth in the North East. The DCMS report suggested this shift could be due to the growth of remote working, enabling more opportunities in all parts of the country.

“Hundreds of British firms from Edinburgh to Bristol are developing and selling cutting-edge cyber tools around the world that make it safer for people to live and work online. We are investing in skills training and business initiatives to help the UK go from strength to strength as a global cyber power and open up the sector to people from all walks of life.”

Commenting on the figures, Jake Moore, global cybersecurity advisor at ESET, stated: “The cybersecurity industry is booming and the increase in expenditure is a sign that decision-makers are acutely aware of the importance of investment. The protection of systems and staff has been duly understood exponentially over the last decade, but firms also realize the risk of becoming complacent and therefore we are likely to see this investment continue in efforts to combat the ever more sophisticated threats.”

The UK government published a new national cyber strategy at the end of 2021, which included an emphasis on growing the UK’s cyber talent pool and supporting the development of start-up firms in the sector.

Why your data is more valuable than you may realize
Realtek Vulnerability Under Attack: Over 134 Million Attempts to Hack IoT Devices
Mastodon vs. Twitter: Know the differences
QNAP Fixes Critical Vulnerability in NAS Devices with Latest Security Updates
Black Basta Deploys PlugX Malware in USB Devices With New Technique