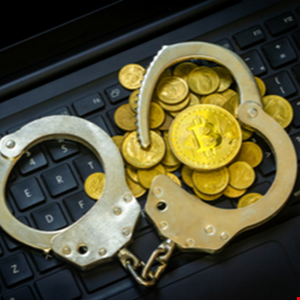 The United States Department of Justice (DOJ) is cracking down on the criminal misuse of cryptocurrencies and digital assets.

In a statement released Thursday, the DOJ announced the appointment of prosecutor and former senior counsel to the deputy attorney general, Eun Young Choi, as the first director of the National Cryptocurrency Enforcement Team (NCET).

Comprising department attorneys, including prosecutors with backgrounds in cryptocurrency, cybercrime, money laundering and forfeiture, the NCET’s mission is to identify, investigate, support and pursue the department’s cases involving the criminal use of digital assets.

The team will focus on virtual currency exchanges, mixing and tumbling services, infrastructure providers and other entities that enable the misuse of cryptocurrency and related technologies to commit or facilitate criminal activity.

Another role of the NCET will be to aid in the investigation and prosecution of serious crimes involving cryptocurrency and digital assets in the United States and around the world by providing support and training to federal, state, local and international law enforcement.

Choi expressed her excitement and gratitude at being given the opportunity to lead the team.

She said: “The NCET will play a pivotal role in ensuring that as the technology surrounding digital assets grows and evolves, the department in turn accelerates and expands its efforts to combat their illicit abuse by criminals of all kinds.”

Also included in the DOJ’s statement was the announcement of a new Virtual Asset Exploitation Unit inside the Federal Bureau of Investigation (FBI). Staffed by a specialized team of cryptocurrency experts, the unit will provide “analysis, support, and training across the FBI, as well as innovating its cryptocurrency tools to stay ahead of future threats.”

The unit’s parturition follows the largest-ever financial seizure by the DOJ, which took place earlier this month. Bitcoin worth $3.6bn was confiscated by the department on the suspicion that it had been stolen in the 2016 hack of the digital currency exchange Bitfinex.

A married couple residing in New York, New York, were arrested on February 8 2022 and charged with conspiracy to commit money laundering and conspiracy to defraud the United States in connection with the Bitfinex heist.