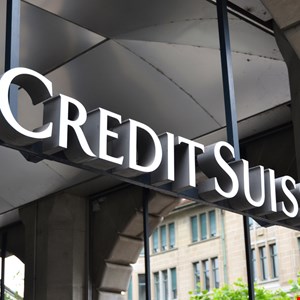 Credit Suisse has hit back at allegations of severe due diligence failures exposed by a major new leak of customer account information.

Details of 18,000 accounts linked to 30,000 clients containing an estimated £80bn ($100bn) were shared by an anonymous whistleblower with various media outlets, including The Guardian.

“I believe that Swiss banking secrecy laws are immoral,” they said in a reported statement. “The pretext of protecting financial privacy is merely a fig leaf covering the shameful role of Swiss banks as collaborators of tax evaders.”

The reports allege that Credit Suisse, one of the world’s largest banks, opened and maintained accounts for high-risk clients, including dictators, corrupt politicians and businesspeople and even one human trafficker.

They claim that some client accounts were used to launder money, especially from developing world countries. One Vatican-owned account was used to invest €350m (£290m) in an allegedly fraudulent London property currently at the center of a criminal trial.

However, Credit Suisse hit back in a strongly worded statement today, claiming most of the ‘revelations’ in the leak are historical, “and the accounts of these matters are based on partial, inaccurate, or selective information taken out of context, resulting in tendentious interpretations of the bank’s business conduct.”

It described the allegations as a “concerted effort” to discredit the bank and the entire Swiss banking system.

“Following numerous inquiries by the consortium over the past three weeks, Credit Suisse has reviewed a large volume of accounts potentially associated with the matters raised. Approximately 90% of the reviewed accounts are today closed or were in the process of closure prior to receipt of the press inquiries, of which over 60% were closed before 2015,” it continued.

“Of the remaining active accounts, we are comfortable that appropriate due diligence, reviews and other control related steps were taken in line with our current framework. We will continue to analyze the matters and take additional steps if necessary.”

The bank has also set up an internal task force to investigate the leak.