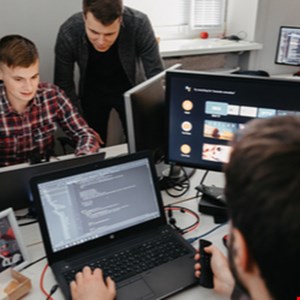 The Ukrainian government is reportedly seeking volunteer hackers and security experts to help Ukraine defend its critical infrastructure against cyber-attacks.

According to a report by Reuters, Ukraine’s pleas for assistance started appearing on Ukrainian hacking forums on Thursday morning, shortly after the county was invaded on three fronts by Russian armed forces in an attack condemned by US President Joe Biden as “a flagrant violation of international law.”

Individuals interested in offering their skills in support of Ukraine were instructed to add their details, skills and a list of references to a Google Docs file.

Dr Yegor Aushev, co-founder of Cyber Unit Technologies in the Ukrainian capital of Kyiv, told Reuters that he posted the call for help at the request of a senior official in the country’s Ministry of Defence.

Aushev said that the volunteers would be verified and then divided into two units. One unit will be dedicated to defensive activity and the other will focus on offensive action.

Targets that the defensive unit will endeavor to protect include Ukraine’s power plants and water systems. Yesterday, an adviser to the Ukrainian presidential office, Mykhailo Podolyak, said it was impossible to say whether the Chernobyl nuclear power plant was safe following its capture by Russian troops on Thursday.

Offensive unit volunteers will carry out digital espionage against Russian forces. “We have an army inside our country,” said Aushev. “We need to know what they are doing.”

On Thursday night, Aushev said several hundred people had volunteered their cyber skills to support Ukraine and were now in the process of being vetted.

A defense attache at Ukraine’s embassy in Washington said he “cannot confirm nor deny information from Telegram channels” referring to the mobile messaging platform through which the pleas for cyber assistance were made.

Ukraine’s digital transformation minister Mykhaylo Fedorov reportedly said in a Telegram post this morning that although cyber-attacks on the country were ongoing, “everything is stable.”

Gootkit Malware Continues to Evolve with New Components and Obfuscations
Are you in control of your personal data? – Week in security with Tony Anscombe
Killnet Attackers DDoS US and Dutch Hospitals
Serious Security: The Samba logon bug caused by outdated crypto
Black Basta Deploys PlugX Malware in USB Devices With New Technique