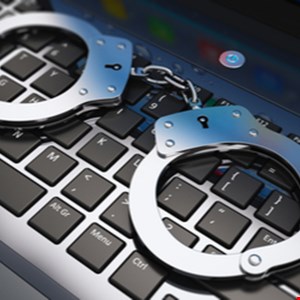 Cops in Florida have arrested 10 men in a sting operation to catch online child sexual predators.

Operation Peek-a-Boo was conducted over a two-week period by 16 investigators with the Internet Crimes Against Children (ICAC) Unit at the Okaloosa County Sheriff’s Office (OCSO).

OCSO said the 10 suspects believed they were chatting with minors online when they were actually talking with undercover officers. After believing they had gained the trust of their intended victims, the suspects allegedly travelled from across the Florida Panhandle under the apprehension that they were meeting minors aged between 11 and 14-years-old to commit sexual assault.

Okaloosa County Sheriff Eric Aden announced the arrests at a Tuesday press conference at the Sheriff’s Office headquarters in Shalimar.

“Child predators commonly seek young children using online social media platforms for the purpose of engaging in sexual acts with these minors,” Aden said. “Oftentimes they will pretend to be a child.”

One of the investigators who worked undercover on the operation, OCSO sergeant Joe Gordon, spent a great deal of time communicating with the suspects, many of whom allegedly used graphic sexual language.

“The conversations are very much led by the suspects,” said Gordon. “They are the ones that lead the conversations on, and the investigators just chat with them. We know what we’re looking for. It can be weeks long, months long conversations sometimes.”

The suspects span a broad age range with the youngest aged 20 and the oldest aged 69. Some allegedly travelled from as far as Escambia and Bay counties for the opportunity to sexually assault a minor.

In a similar multi-agency investigation run in Northwest Florida in early February, officers led by Walton County Sheriff’s Office arrested 12 men on suspicion of seeking out minors for the purpose of committing sexual assault.

Ransomware payments down 40% in 2022 – Week in security with Tony Anscombe
S3 Ep118: Guess your password? No need if it’s stolen already! [Audio + Text]
Tech support scammers are still at it: Here’s what to look out for in 2023
Mastodon vs. Twitter: Know the differences
Hybrid play: Leveling the playing field in online video gaming and beyond