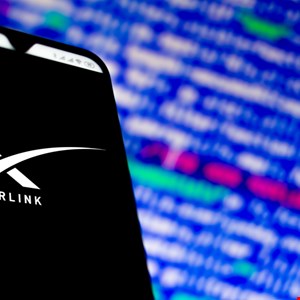 Tesla boss Elon Musk has admitted that users of his Starlink satellite communications system in Ukraine could attract enemy fire.

The warning came last week, as a truckload of satellite dishes arrived in the war-torn Eastern European country after a government request.

Starlink terminals communicate with a constellation of around 2000 satellites in a low orbit around the Earth. As such, they’re harder to take out than land-based internet communications.

However, the Russian military may still target them.

“Important warning: Starlink is the only non-Russian communications system still working in some parts of Ukraine, so probability of being targeted is high. Please use with caution,” warned Musk in a tweet.

“Russia has decades of experience hitting people by targeting their satellite communications,” he said. “In 1996, Chechen president Dzhokhar Dudayev was careful, but Russian aircraft reportedly found his satphone call & killed him with a missile strike.”

The Kremlin may also look to disrupt the satellites themselves. Musk hinted at such activity in a tweet on Saturday.

The director of US intelligence agency, the National Reconnaissance Office, warned last month that the Russian military could target US satellite communications.

That’s despite a warning from Roscosmos space agency boss Dmitry Rogozin last week that any cyber-attack on Russian satellites would be considered an act of war.