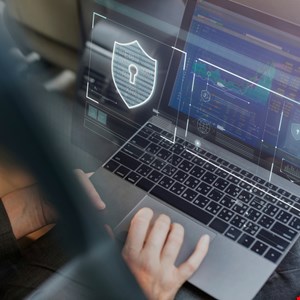 Most consumers prefer to bank digitally rather than in person but are worried about the risk of fraud, according to new research by payments and data security company, Entrust.

A survey of 1350 consumers who made or received digital payments in the past 12 months found that 88% of respondents prefer to do their banking online in some form. Nearly all respondents (90%) reported being concerned about becoming a victim of banking or credit fraud.

More than half (59%) said they prefer using their bank or credit union’s app to do their banking, while 29% prefer their desktop web browser. A small proportion of respondents preferred to bank in person at their branch (8%) or an interactive teller machine (3%).

Most of the respondents based in the United States (86%) said that they would consider using an entirely branchless online banking service for their banking.

When questioned about their personal experience of banking security, 42% of respondents said that they had received notification of a personal banking or credit fraud within the past 12 months. As a result of receiving this notification, more than two-thirds of respondents (67%) switched to a different bank or credit union.

Asked how they felt about using digital currencies for payments, more than half of respondents (52%) said they would consider it.

“This study highlights how more than ever, consumer banking is about digital interactions first, and that they must create that digital experience with security at its foundation,” said Jenn Markey, vice president of product marketing at Entrust.

WhatsApp Hit with €5.5m fine for GDPR Violations
The Big Difference Between Online Protection Software and Antivirus
Tech support scammers are still at it: Here’s what to look out for in 2023
“Workarounds” Helped Royal Mail Resume Shipping After Ransomware Attack
Massive Ad Fraud Scheme Targeted Over 11 Million Devices with 1,700 Spoofed Apps