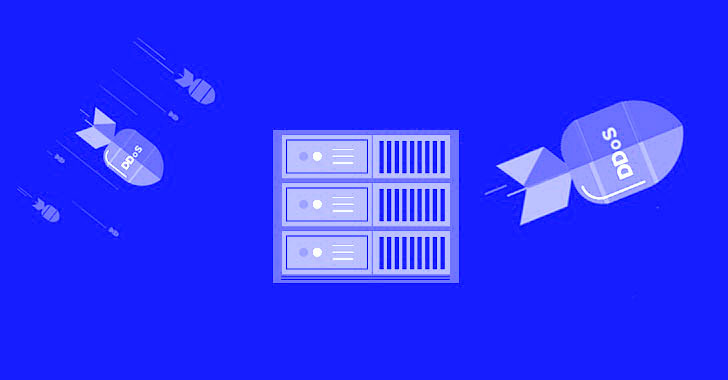 Threat actors have been observed abusing a high-impact reflection/amplification method to stage sustained distributed denial-of-service (DDoS) attacks for up to 14 hours with a record-breaking amplification ratio of 4,294,967,296 to 1.

“Attackers were actively leveraging these systems to launch reflection/amplification DDoS attacks of more than 53 million packets per second (PPS).”

DDoS reflection attacks typically involve spoofing the IP address of a victim to redirect responses from a target such as DNS, NTP, or CLDAP server in such a manner that the replies sent to the spoofed sender are much bigger than the requests, leading to complete inaccessibility of the service.

First sign of the attacks is said to have been detected on February 18, 2022 using Mitel’s MiCollab and MiVoice Business Express collaboration systems as DDoS reflectors, courtesy the inadvertent exposure of an unauthenticated test facility to the public internet.

“This particular attack vector differs from most UDP reflection/amplification attack methodologies in that the exposed system test facility can be abused to launch a sustained DDoS attack of up to 14 hours in duration by means of a single spoofed attack initiation packet, resulting in a record-setting packet amplification ratio of 4,294,967,296:1.”

Specifically, the attacks weaponize a driver called tp240dvr (“TP-240 driver”) that’s designed to listen for commands on UDP port 10074 and “isn’t meant to be exposed to the Internet,” Akamai explained, adding “It’s this exposure to the internet that ultimately allows it to be abused.”

“Examination of the tp240dvr binary reveals that, due to its design, an attacker can theoretically cause the service to emit 2,147,483,647 responses to a single malicious command. Each response generates two packets on the wire, leading to approximately 4,294,967,294 amplified attack packets being directed toward the attack victim.”

In response to the discovery, Mitel on Tuesday released software updates that disables public access to the test feature, while describing the issue as an access control vulnerability that could be exploited to obtain sensitive information.

“The collateral impact of TP-240 reflection/amplification attacks is potentially significant for organizations with internet-exposed Mitel MiCollab and MiVoice Business Express collaboration systems that are abused as DDoS reflectors/amplifiers,” the company said.

“This may include partial or full interruption of voice communications through these systems, as well as additional service disruption due to transit capacity consumption, state-table exhaustion of network address translations, stateful firewalls, and so forth.”

Is that survey real or fake? How to spot a survey scam
GitHub code-signing certificates stolen (but will be revoked this week)
Record $3.8bn Stolen Via Crypto in 2022
OpenSSH fixes double-free memory bug that’s pokable over the network
S3 Ep120: When dud crypto simply won’t let go [Audio + Text]