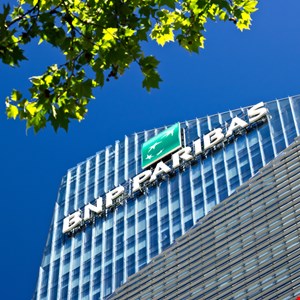 According to a Reuters source, the bank rescinded the access privileges of its Russian workforce over fears that connections to the local network could leave BNP Paribas vulnerable to cyber-attacks by Russian threat actors.

The restriction is reportedly part of the French lender’s strategy to improve its cybersecurity in response to the increase in geopolitical tensions between NATO member countries and Russia, triggered by Russia’s invasion of Ukraine.

BNP Paribas employees more than 190,000 worldwide, but fewer than 500 are based in Russia. According to the Reuters source, the bank’s Russian workforce lost access last week and have not been told when, or even if, that access will be restored.

BNP Paribas is believed to be the first bank to restrict its Russian-based employees from access to its IT networks. According to an internal memo seen by Reuters, the French lender has also instructed both employees and business partners based in other locations to be on high alert for cyber-threats emanating from Russia.net.

Commenting on BNP Paribas’ reported revocation of access privileges to its Russian-based employees, John Bambenek, principal threat hunter at Netenrich, told Infosecurity Magazine: “The walls are closing in and everyone is struggling with the right approach.

“BNP isn’t the only one, but the decisions seem to be more political and economic, rather than security decisions.”

He added: “The appearance of still doing business in Russia is now both a PR risk as well as an economic one as Russia plans its retaliation.”

While banks including Goldman Sachs and JPMorgan have both announced that they are actively winding down their business in Russia, German lender Deutsche Bank said on Thursday that it would not be withdrawing from the increasingly ostracized eastern power.

Deutsche chief executive Christian Sewing said in a note to the bank’s staff on Thursday: “We are often asked why we are not withdrawing completely from Russia. The answer is that this would go against our values.”