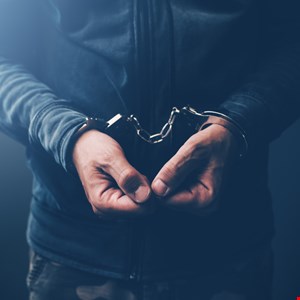 A former employee of the Canadian government has been extradited to the United States to face charges pertaining to a slew of ransomware attacks.

Sebastien Vachon-Desjardins, 34, of Gatineau, Quebec, is accused of using NetWalker ransomware to target dozens of victims all over the world, including hospitals and school districts.

The United States launched a global action against the NetWalker cyber-criminal gang in January 2021, seizing $454,000 in crypto-currency from ransom payments made by victims of three separate NetWalker attacks.

As part of the action, charges were brought against Vachon-Desjardins, who is accused of using the malware to obtain tens of millions of dollars.

From April through December 2020, Vachon-Desjardins conspired to and did intentionally damage a protected computer and transmit a connected ransom demand, according to court documents.

Canadian law enforcement officers arrested Vachon-Desjardins in Gatineau on January 27 2021. While executing a search warrant at the defendant’s residence, officers discovered and seized 719 Bitcoin, valued at approximately $28,151,582 and $790,000 in Canadian currency.

In a statement released Thursday, the United States announced that the crypto-currency had been seized on suspicion that it had been extorted from victims of NetWalker ransomware.

“As exemplified by the seizure of crypto-currency by our Canadian partners, we will use all legally available avenues to pursue seizure and forfeiture of the alleged proceeds of ransomware, whether located domestically or abroad,” said assistant attorney general Kenneth Polite Jr. of the Justice Department’s Criminal Division.

“The department will not cease to pursue and seize crypto-currency ransoms, thereby thwarting the attempts of ransomware actors to evade law enforcement through the use of virtual currency.”

US attorney Roger Handberg for the Middle District of Florida said that ransomware is a multi-billion-dollar criminal enterprise that transcends physical and political boundaries.

He said: “This case illustrates effective international law enforcement cooperation directed at identifying cybercriminals, holding them accountable for their alleged criminal actions, and recovering funds allegedly stolen from their victims.”