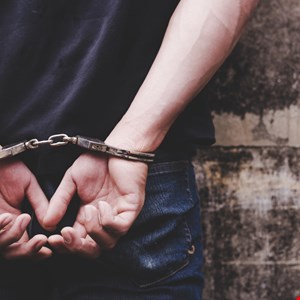 Police in Manitoba, Canada, have arrested an 18-year-old man on suspicion of carrying out cyber-attacks on victims across North America.

Dayne Parrott-Jones, of Brandon, was taken into custody on March 8 by members of the Brandon Police Service Crime Suppression Unit following an 11-month investigation by the Federal Bureau of Investigation (FBI) and police forces in America and Canada.

The teen is suspected of carrying out distributed denial of service (DDOS) attacks with a co-conspirator based in San Antonio, Texas. It is alleged that third parties paid the pair to perform the attacks.

Parrot-Jones’ girlfriend, 24-year-old Rolanda Chaske, who shares his home on Pacific Avenue, was also arrested, but not in connection with the alleged cyber-crimes.

Sergeant Brian Partridge said: “In April of 2021, Brandon Police Service was contacted by the FBI in Los Angeles about a pair of co-conspirators that were conducting cyber-attacks both in Canada and in the United States.

“One of the suspects was identified as residing in Brandon while the other one was in Texas.”

When arresting Parrott-Jones, police discovered a large quantity of marijuana at his residence along with a 3D printer which they believe was in the process of printing what appeared to be the lower receiver of a handgun.

“As a result, a second search warrant was drafted and authorized to search for both weapons and drugs.”

Police said it appeared that the defendant was manufacturing Glock firearms with no serial number using a 3-D printer and manufacturing high-capacity magazines and ammunition.

Parrot-Jones was charged with 12 offenses, including unauthorized use of a computer, mischief to data, possession of illegal drugs and manufacturing a prohibited device and a restricted firearm. Chaske faces five charges relating to drugs and handguns.