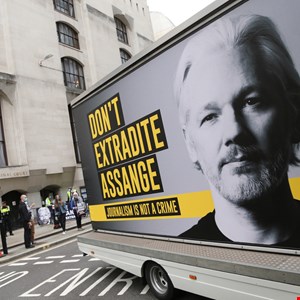 The highest court in the United Kingdom has refused to hear an appeal by WikiLeaks founder Julian Assange against his extradition to the United States to face espionage charges.

Australian citizen Assange was indicted by the US Department of Justice in 2019 over his alleged involvement in the acquisition and publication of thousands of classified US diplomatic and military documents in 2010.

The US government subsequently launched an appeal against Baraitser’s decision. Following a two-day High Court hearing in October 2021, the Lord Chief Justice of England and Wales, Lord Burnett of Maldon, sitting with Lord Justice Holroyde, ruled in favor of the US in December 2021.

The judges found that Baraitser’s decision was based on the scenario that should Assange be extradited to the US, he would be imprisoned under highly restrictive conditions.

US authorities assured the judges that Assange would not be held in such conditions before his trial or after his possible conviction unless he committed an act that made the imposition of such restrictions necessary. In addition, they said that Assange would not be held in an “ADX” super maximum-security prison in Colorado pre-trial and assured the judges that he could be transferred to serve his sentence in Australia if convicted.

Assange subsequently attempted to appeal against the December judgment. However, on Monday, the UK’s Supreme Court refused him permission to appeal “as the application didn’t raise an arguable point of law.”

Assange’s case is now expected to be formally sent to home secretary Priti Patel for a final decision. His lawyers will have four weeks in which to make submissions to Patel.

The WikiLeaks founder, who is 50 years old, is engaged to marry his 38-year-old fiancée, lawyer Stella Moris, in Belmarsh prison on March 23.