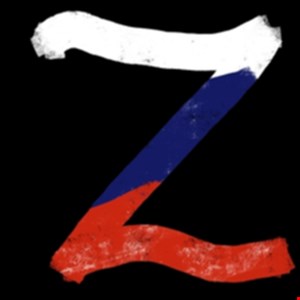 The State Service of Special Communication and Information Protection of Ukraine, the nation’s technical security and intelligence service, confirmed the incident in a web post last night, attributing blame to Russian state-sponsored actors. The organization stated: “As a result of the attack against the sites, the symbols banned in Ukraine and used by the Russian Federation’s troops currently engaged in the open war in Ukraine, were placed on their front pages.”

The government agency said it has identified the networks and servers attacked, with the hackers apparently compromising Ad services to display the Z symbol. It added that no personal data located on the compromised resources were compromised.

It warned it is working to identify the perpetrators. “At present, the threat has been eliminated and all the resources have resumed their work. The evidence collected during the investigation will be used for bringing the guilty to justice,” it commented.

The letter Z has been painted on many Russian military vehicles since the Kremlin’s invasion of Ukraine began around three weeks ago. It appears to have been adopted as a sign of support for Russia’s military operations in Ukraine.

Commenting on the story, Jake Moore, global cyber security advisor at ESET, said: “Modern-day invasion tactics include cyber-attacks on news sources to attack the narrative on both sides. We will potentially see such tactics continue into the foreseeable to attack the masses in non-physical ways. Extra protection is desperately required in order to thwart these attacks which, if increased, could pose a significant national threat to those most in need of information.”

Cyber-attacks targeting high-profile entities on both sides have been a significant feature of the Russia-Ukraine conflict. This includes attacks on government websites and media agencies in both countries.

Romance scammer and BEC fraudster sent to prison for 25 years
Experts Warn of New RatMilad Android Spyware Targeting Enterprise Devices
All-New Ransomware Coverage Opens Up the Path to Recovery
CISA Warns of Hackers Exploiting Critical Atlassian Bitbucket Server Vulnerability
How Do Hackers Hack Phones and How Can I Prevent It?