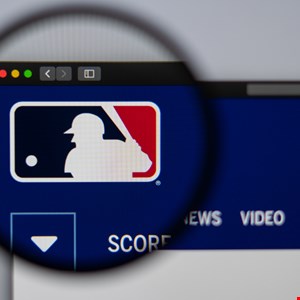 Personal data belonging to American Major League Baseball Players and their family members have been stolen during a cyber-attack on a third-party vendor.

In a recent data incident notice, the company revealed that data in its Local 295 IBT Employer Group Welfare Fund and its Major League Baseball Players Benefit Plan had been compromised and plundered by cyber-criminals.

The breach was reported by the company as affecting 38,418 individuals. In a separate report, the Major League Baseball Players Benefit Plan said 13,156 individuals were impacted.

Horizon Actuarial’s first warning that an attack had occurred came when the company was contacted by cyber-criminals who claimed to have broken into its IT systems.

“On November 12, 2021, Horizon Actuarial received an email from a group claiming to have stolen copies of personal data from its computer servers,” stated the notice.

To verify the legitimacy of the gang’s emailed claims, Horizon Actuarial launched an investigation with the assistance of third-party computer specialists. The company also took action to secure its computer servers and notified law enforcement about the possible attack.

The investigation revealed that two Horizon Actuarial computer servers had been accessed without authorization for a limited period on November 10 and 11 2021.

A list of stolen data was provided by the cyber-criminals to Horizon Actuarial, which included names, dates of birth, Social Security numbers and health plan information.

Faced with the threat that the stolen data may be misused, Horizon Actuarial opened its coffers to the cyber-criminal gang.

“During the course of the investigation, Horizon Actuarial negotiated with and paid the group in exchange for an agreement that they would delete and not distribute or otherwise misuse the stolen information,” stated the notice.

The company did not reveal how much money it had paid over to the ransomware gang.

Individuals whose data was involved in the attack were notified by letter and offered complimentary fraud and identity theft support services and credit monitoring by Horizon Actuarial.

“We are reviewing our existing security policies and have implemented additional measures to further protect against similar incidents moving forward,” said the company.