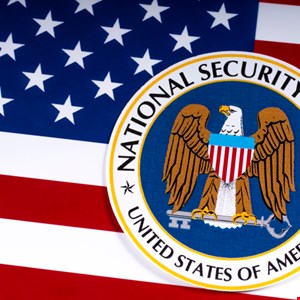 An employee of the United States National Security Agency (NSA) has been accused of sending national defense secrets from his personal email account.

Unkenholz, of Hanover, Maryland, held a Top Secret/SCI clearance and had lawful access to classified information relating to national defense the Department of Justice’s Office of Public Affairs described as “closely held by the government.”

National security information, classified as Top Secret, Secret or Confidential, can only be accessed by individuals with the appropriate security clearance and can only be stored in an approved facility and container.

The indictment alleges that Unkenholz sent classified NDI to another person who was not authorized to receive it, despite knowing that the information could be used to the detriment of the United States or to the advantage of any foreign nation.

The individual who received the data had previously held a Top Secret/SCI clearance from April 2016 until approximately June 2019 while employed at a company referred to in the indictment as Company 1.

However, the individual was working at a different company, referred to in the indictment as Company 2, from July 2019 until approximately January 2021. Consequently, the individual was not authorized to access, or receive, classified information during this time.

Neither Unkenholz’s personal email address nor the company email address to the individual who allegedly received the secret defense information was authorized storage locations for classified NDI.

On Thursday afternoon, before a federal court in Baltimore, Unkenholz pleaded not guilty to all charges.

What to consider before disposing of personal data – Week in security with Tony Anscombe
Over 39,000 Unauthenticated Redis Instances Found Exposed on the Internet
S3 Ep101: Uber and LastPass breaches – is 2FA all it’s cracked up to be? [Audio + Text]
Protect Your Social Media Accounts from Hacks and Attacks
Interested in cybersecurity? Join us for Security SOS Week 2022!