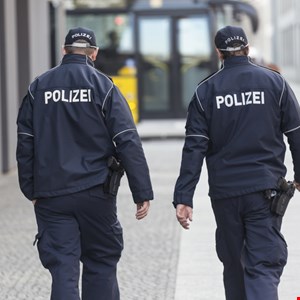 Federal police in Germany have disrupted a Russian-language darknet marketplace that specialized in the sale of illicit drugs, forged documents, intercepted data and illegal digital services.

In an action coordinated with the United States Justice Department, authorities shut down the Germany-based servers of the Hydra Market on Tuesday, seizing $25m in bitcoin what they allege to be proceeds of crime.

Hydra has been active since at least 2015. Prosecutors in Frankfurt said that at the time of its destruction, the e-commerce platform was the largest darknet marketplace in the world and had produced $1.34B worth of sales in 2020 alone.

Announcing the action, prosecutors said that the platform had been under investigation since August 2021. Investigators learned that Hydra had around 17 million registered customer accounts and more than 19,000 registered sellers.

“Today the German Federal Criminal Police, in coordination with US federal law enforcement, seized the servers of Hydra Market,” the US Justice Department said in a brief statement. The department said more details of the investigation and shut down operation would be revealed later today.

Cybercrime research firm Elliptic said that since 2015, Hydra has facilitated over $5 billion in bitcoin transactions.  In 2017 the platform saw a significant boost in sales when key competitors AlphaBay and Hansa were shut down by authorities.

“Listings on the site also included forged documents, data (such as credit card information) and digital services,” Elliptic said. “Products were advertised for sale in a number of countries such as Russia, Ukraine, Belarus and Kazakhstan.”

German officials said on Tuesday that while the overall crime rate is declining in the country, cybercrime and the distribution of child sexual abuse material (CSAM) are on the rise. In 2021, 146,363 cases of cybercrime were recorded, an increase of 12.1% compared to the preceding year.

Speaking at a news conference held in Berlin to discuss the country’s annual crime statistics report, officials revealed that the distribution of CSAM in Germany more than doubled last year, increasing 108.8% in 2021 compared to the year before.

“Combating the sexual abuse of children and the dissemination of heinous abuse photos and videos via the internet is a top priority,” said German interior minister Nancy Faeser.