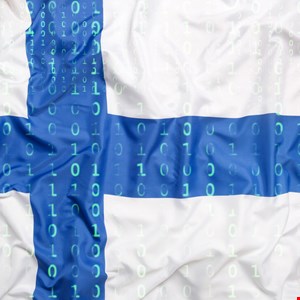 The ministries each confirmed the attacks on Twitter earlier today, although the websites now appear to be back up and running. The nation’s Ministry of Defense wrote at 10.45 am GMT: “The Department of Defense website http://defmin.fi is currently under attack. We are currently investigating. We will post any additional information below.” It followed up with: “For the time being, we will keep the Department of Defense website closed until the harmful traffic on the website is gone. All our bulletins are readable http://valtioneuvosto.fi.”

Shortly after, at 10.54 am, Finland’s Ministry of Foreign Affairs tweeted: “There are currently disruptions in the Foreign Ministry’s online services. http://Um.fi and Finlanabroad.fi sites have been denied a denial of service attack. We’ll investigate and try to get the services up and running as soon as possible. We apologize for the inconvenience.”

However, at 2.06 pm, the official Finnish government Twitter account confirmed the issues had been resolved, and both ministries’ websites had resumed operations. It stated: “Denial-of-service attack is now over. Due to website protection, main part of the sites continued to work normally during the attack.”

There is currently no information regarding the attackers’ identity, although suspicion is likely to fall on Russian threat actors given the timing of the incidents. Earlier today, Ukrainian President Volodymyr Zelenskyy addressed the Finnish parliament via video link about the conflict. Additionally, reports in the past few days suggest Finland is considering seeking NATO membership, a move strongly opposed by the Kremlin.

DDoS attacks and website defacements of government websites have taken place regularly in the build-up to and since the Russia-Ukraine conflict began, with both sides impacted.